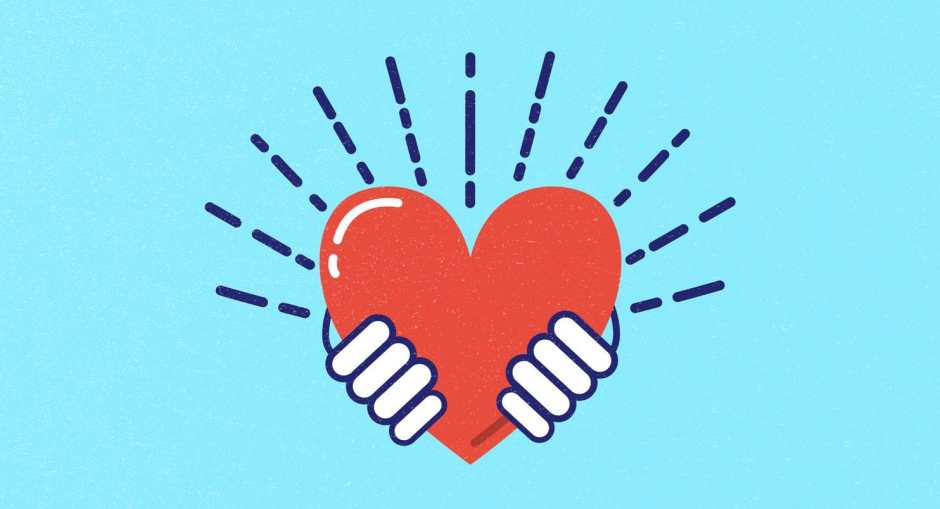 I have a rule: If I think something nice about someone, I tell them.

Like so many, I dealt with a whole lot of insecurity when I was younger, and when these issues would really rear their heads, when I felt just pointlessly unworthy – I’d try to remember the nice things that people had said to me, or about me. These kind words were gold. Their expressed views of me made me hope that I could look at myself in a similar way. And eventually, I did.

So now when a nice thought arises about someone, I express it.

Lovely sentiment, eh? But the truth is that people often think it’s pretty weird, or they seem to anyways – that’s what I take from unanswered Facebook messages and awkward giggles. A lot of people probably think I want them, even though I’m not talking about those kind of compliments and I’ve never been shy about my crushes. If I want you, we most likely either hooked up or you rejected me. (Or, you are a fictional character. Here’s looking at you, Dale Cooper.)

I think it’s just the way we’re wired. It’s evolutionarily wise to think everyone wants you, misplaced confidence has led to many babies indeed. Plus, it’s not “normal” to reach out to someone from decades ago just to say something nice, or to send them something that made you think of them. People assume there must be another motivation, and I bet that’s a pretty easy one to jump to.

But I don’t care. It’s a weird fucking world we’ve got here, and I want to help make it kinder. More enjoyable. More honest. It shouldn’t be weird to say nice things to people, even when it’s random. That should be normal. It should be considered weird to think kind words but to keep them to yourself just because you feel kinda scared. (Of what, right? Thoughts?)

I once read about an African tribe that had a beautiful way of dealing with their criminals. When someone’s wronged another, the tribe circles around them and they share all of their beautiful thoughts about the mistake-maker. They share all the good they’ve done, point to their potential, all of their awesome, and tell them that’s who they really are.

For a culture that is so incredibly centered on extrinsic motivation and approval – we’re pretty darn stingy with our compliments. But the good thing about constantly looking to one another for approval is: if it became normal to share all kind things, we’d be lifting each other up in no time.

Let’s make it normal. The next time you’re warmly reminded of someone, or see something that someone you know would love, or you randomly think something nice about an acquaintance – reach out.

Have you ever had a time so difficult that you wondered if you’d make it through? Of course you have. Who hasn’t? And it’s safe to bet that many in your life had no idea what you were going through. What if your kind words land on someone during a time like that? What if they help someone make it to the other side of their struggle?

I lost my mother to suicide when I was 14. The people on the outer circle of her life had no idea what kind of darkness was erupting within, she was probably laughing with co-workers about nonsense just days before it happened; but I know she debated it for years. No one knew about my dark times either, about scratching at my skin until it bled because the physical pain felt better than the emotional pain. I was voted “Most Friendly” earlier that year. No one had a clue.

My point is that we have no idea what battles the people we encounter in our lives are facing. No. Fucking. Clue. So if a kind sentence or action pops into your head, why not go with it? See where it takes you. I often get silence or awkwardness, but I also often get very sincere thank yous in return, and deeper connections with delightful folks.

One thought on “An Argument for Giving Compliments/Kindnesses, Even When it’s Totally Random”