Originally written on April 29, 2017, a year and a few months after I nearly died from a congenital vitamin B12 deficiency (maintained with help of the aptly-dubbed MTHFR mutation), which sent aggravating fibromyalgia symptoms to completely horrifying and utterly debilitating.

After a few years of continued health-improving obsession, I’ve gotten much better, but rereading it just now still made me cry.

I hope it helps someone out there in the worst of it feel hopeful and less alone:

Due to a problem with my nervous system, I am disabled and chronically ill. My symptoms often become incorporated into my dreams, sometimes it’s almost funny: a man getting an electric foot massage on my back when the machine shorts out. (Okay, weird/scary, not that funny.) More often, it’s just me trying to keep up with the dream and sorely falling behind.

I just woke up from a miserable one. A repeater. Familiar people are telling me that I’m faking it. That I’m pretending to be weak to get attention. That I’m just irresponsible and lazy and need to try harder. Or worse, they roll their eyes and give one another a knowing smile like, “Won’t this be fun to dish about later?”

It’s bad enough constantly having to explain what’s wrong with me and why I can’t do x, y, and/or z just like everyone else — but then to have convince them that you aren’t telling falsities, and to do so when your brain can’t even recall basic information reliably — I can’t explain how awful it is. How demoralizing. How it just makes a person want to give up.

But then to also do it every night in my dreams? Shiiiiiiit, this has to stop.

I clearly still have issues with people from my not-so-distant past, that’s where I can do work. Forgiveness. Self-love. Continuing to hang with empathetic folks.

But the real problem lies with society. The people in my dream aren’t “bad” guys. They are very “normal” people. We, as a society, still don’t have a strong understanding of invisible illness. (Even though it’s pretty darn common.) And we definitely aren’t aware of how to behave with empathy in regard to it.

Just because you can’t see a person’s pain doesn’t make it less real. To us who deal with invisible illness, it’s all the more real: because we’re so often received with disbelief and even bitterness in place of compassion. Can you imagine? No, like, really try to imagine.

Take a couple of minutes: Imagine waking up in agony, trying to shake off dreams like I just explained. Knowing that you have maybe 3–4 usable hours, that this agony is as good as you’ll feel all day, that it’s just going to get worse. Pushing through everything that you can get done despite your symptoms — which is never even close to the amount that needs to be done. As far as keeping up with life goes, you’re fucking drowning.

And then the pain levels rise so high that you can’t think straight. And then the fatigue levels get so high that just taking a bath is daunting. The television, and all sounds, feel abrasive; so all you can do is lie there until you feel tired enough to pass out despite the pain. But once you actually get to bed that’s rarely the case, as your memory foam feels like pavement — squishing your tender body and making it scream all the louder, a cacophony of miserable symptoms that you just have to lie there and bear. For hours. Every. Single. Night.

Imagine getting through a day and night like that, and then having someone say to you, “Man, I’m jealous — I wish I could stay at home all day!”

Do you see how demoralizing that could be to someone? It’s a private fucking hell, it’s truly awful. Not that my whole life is awful, but more days than not are indeed this bad, and all too often that’s people’s attitude. It really wipes my resting niceface right off, and totally screws up my “fake it ’till you make it” coping strategy.

But how can you really know if someone’s sick if they don’t look it?

Trust the people in your life who tell you they’re not feeling well. Your reaction to someone else’s admittance of that, which often doesn’t happen until a breaking point — can have a HUGE impact on their life. Be the person that helps them find the right doctor. That googles their symptoms in-depth to help find answers. Or simply be the person that listens to what’s going on with them, instead of hurrying away uncomfortably or changing the subject.

We’re doing it all wrong when it comes to our attitudes about chronic illness, and it’s at the detriment of those of us already in a very precarious place. This is off-topic for the website, I know, but it’s really important to me — so I suppose my sharing here is fuckless. 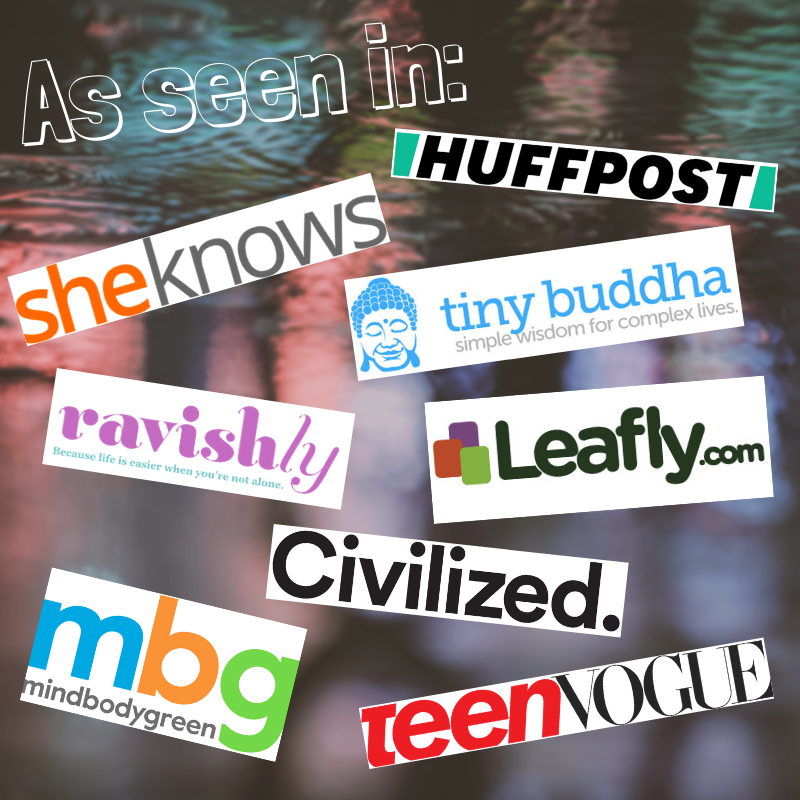